In May 2018, we will be opening “Enduring Ideals: Rockwell, Roosevelt & The Four Freedoms,” a new traveling exhibition that debuts at the New-York Historical Society and includes stops in 7 cities across the country and internationally.

In this exhibition, we celebrate President Roosevelt’s proclamation of the Four Freedoms: Freedom of Speech, Freedom of Worship, Freedom from Want, and Freedom from Fear, as ideals that our country could aspire to.

Norman Rockwell responded to Roosevelt’s proclamation with his own renderings of The Four Freedoms in 1943, by which time, the United States was fully engaged in a World War. Rockwell’s paintings succeeded in providing Americans with a clear vision of what we were fighting for, what we represent.

“As we developed this exhibition, the one question that kept coming up was - What does freedom mean today?”

That’s why we are kicking-off a new social media campaign called #FourFreedomsToday.

All you need to do is express what freedom means to you on social media using the hashtag #FourFreedomsToday, and you could be selected to be featured in our traveling exhibition and on the exhibition website. 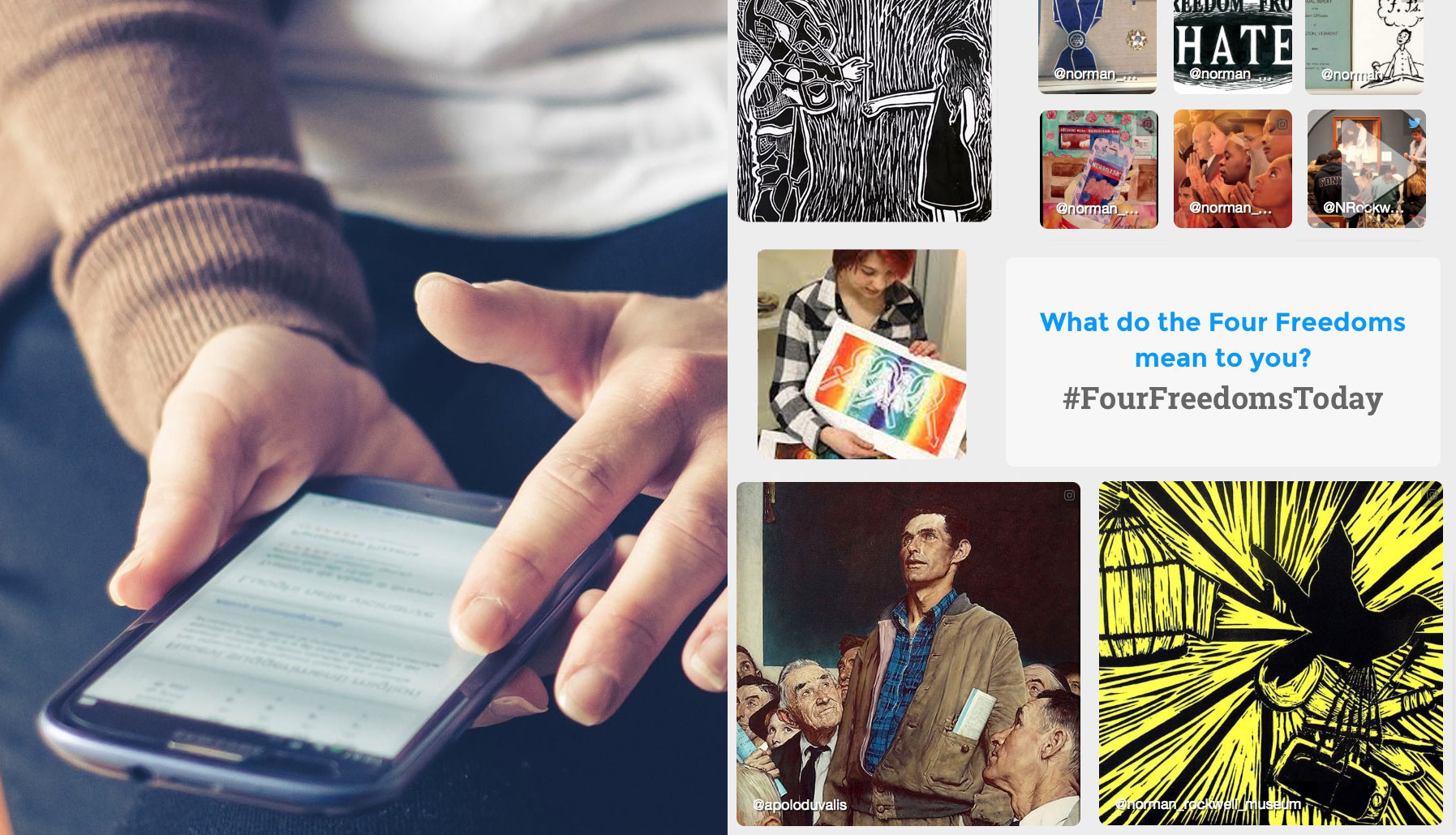 As a Museum dedicated to Norman Rockwell’s genius of visual communication, we hope that you will also feel inspired to use your own creativity to express your ideas about what freedom means today. Post what freedom means to you on social media using the hashtag #FourFreedomsToday and your voice could be included in our traveling exhibition and in our Freedom Gallery.