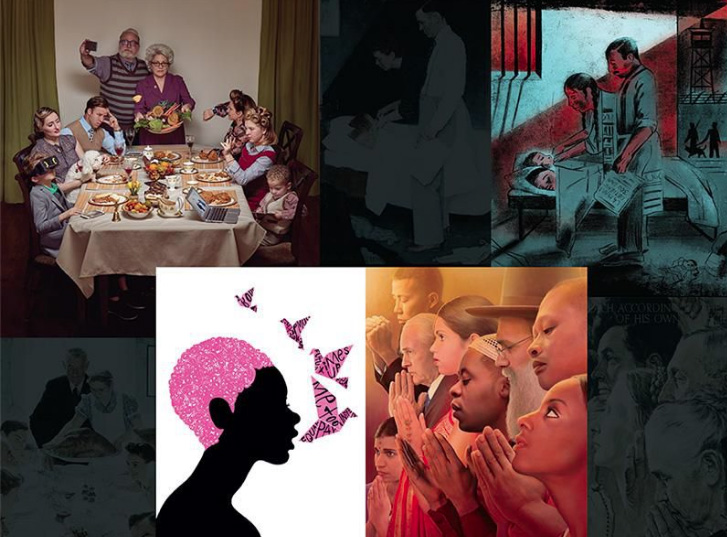 The iconic paintings helped the U.S. win World War II. What do they mean today?

Hoping to stoke enthusiasm for American involvement in World War II, Roosevelt delivered and address to Congress in January 1941 that laid out the humanitarian values at stake: Freedom of Speech, Freedom of Worship, Freedom from Want and Freedom from Fear.