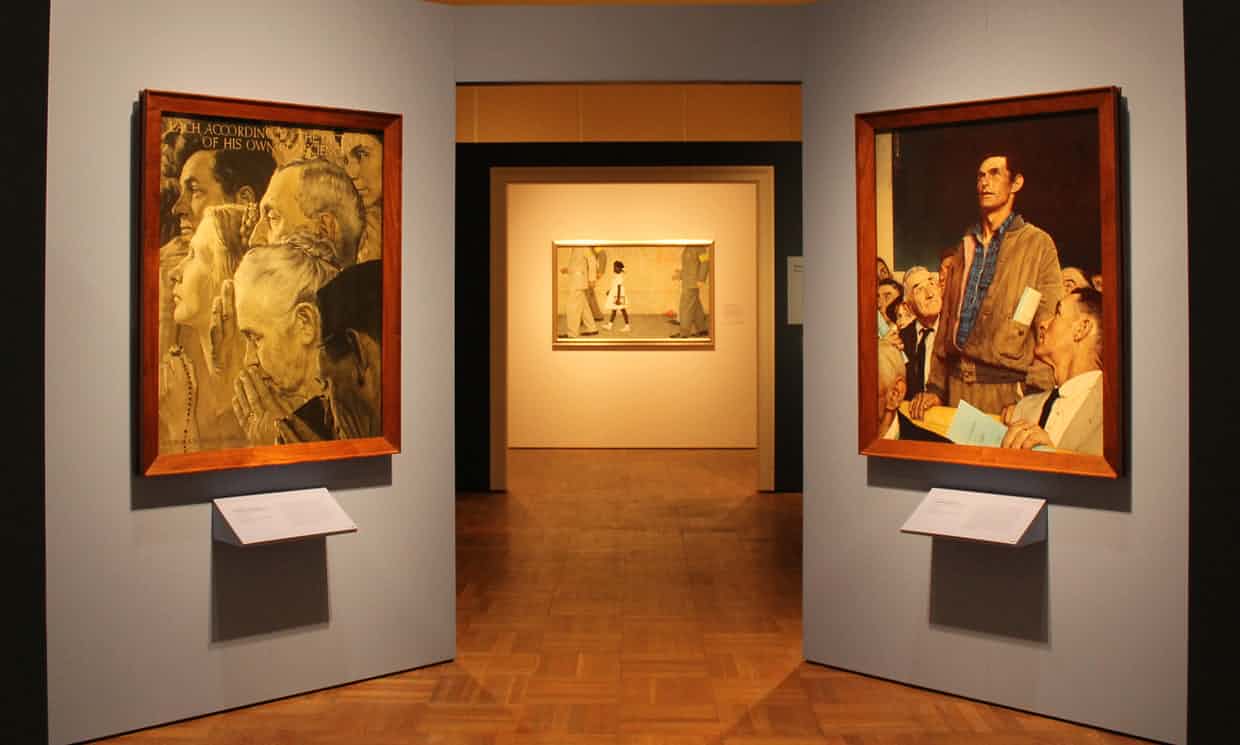 The name of a new exhibition at the New York Historical Society examining Norman Rockwell’s Four Freedoms paintings, and the political context in which they were conceived, is Enduring Ideals. The ideals in question – freedom of speech and worship; freedom from want and fear – were elucidated by Franklin Delano Roosevelt, first in an ad-libbed conversation with reporters at his residence in Hyde Park, and later in his 1941 State of the Union address.

Though it’s been gestating for about four years, there is a power, and an obvious irony, to the exhibition being staged in 2018, exactly 75 years after Rockwell’s paintings were reproduced as posters for the Saturday Evening Post. Power, owing to the urgency of Roosevelt’s words and Rockwell’s virtuous interpretation of them; and irony, since on the day the exhibition was previewed to the press, the current president resoundingly approved of a rule curbing the free expression of NFL players while parroting conspiracy theories about the FBI and a supposedly “criminal Deep State”.

That’s not to say Roosevelt’s speech, or Rockwell’s visual response to it, made manifest the four freedoms articulated in January of 1941. Both men, at heart, were sentimentalists who often better reflected how America saw itself than how it actually was. Nevertheless, when perusing the exhibition – on view in New York through the summer before it travels overseas – one gains an appreciation for Roosevelt and Rockwell’s bygone vision of national unity, one that proved galvanizing during wartime if not exactly impregnable.