Topic: Nature of the Enemy (Posters)

Although the vast majority of Americans never saw an actual enemy combatant during World War II, they did see countless depictions of the enemy. Wartime poster artists frequently depicted the Allies’ various enemies as ruthless, vicious, backstabbing, inhuman, or demonic. Such imagery often resorted to exaggeration and hyperbole. Yet the point of the intense propaganda imagery was clear: losing the war to the Axis powers would be a global catastrophe. 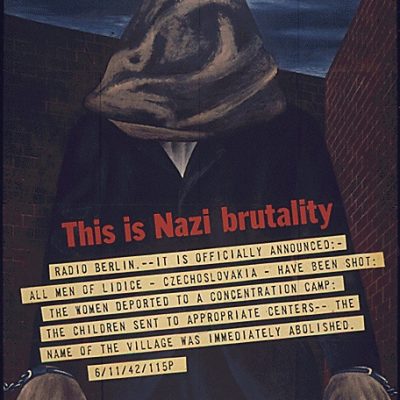 This is Nazi Brutality 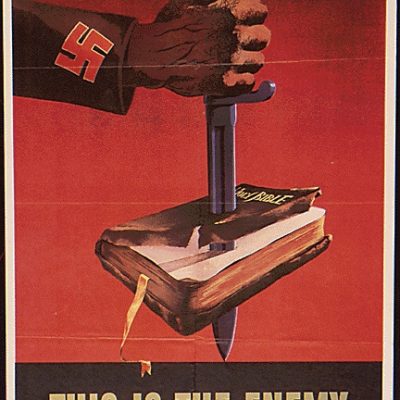 This is the Enemy

Title: This is the Enemy
Year: 1943
Artist: unknown
Published: Office of War Information 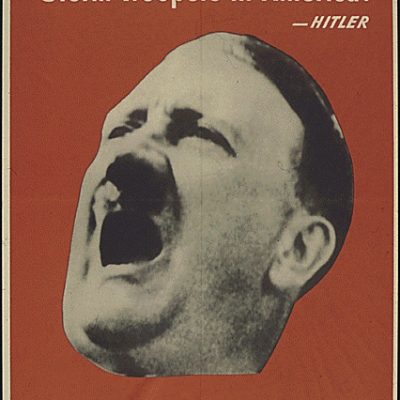 We Shall Soon Have our Storm Troopers in America!

Title: We Shall Soon Have our Storm Troopers in America!
Year: 1942
Artist: unknown
Published: Office of War Information 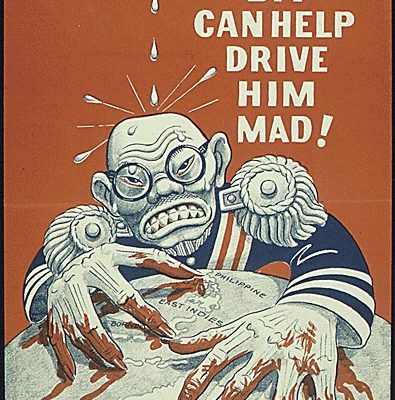 Your Bit Can Help Drive Him Mad! 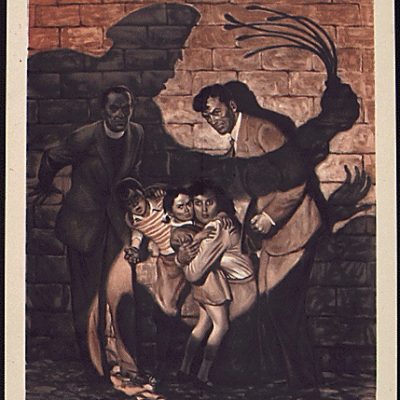 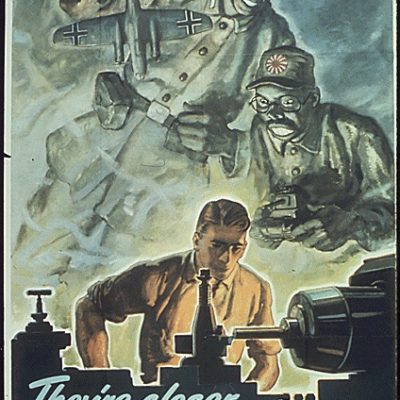 They’re Closer Than You Think! 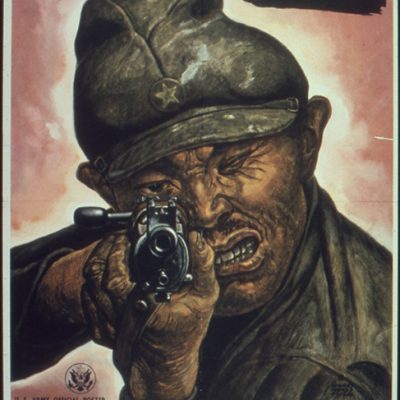 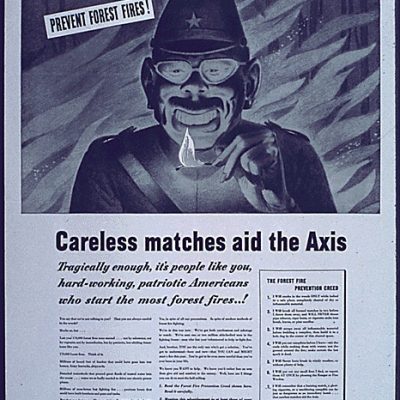 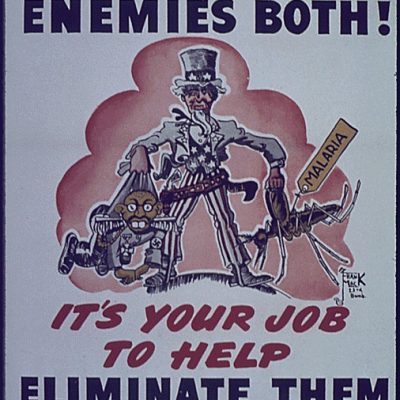