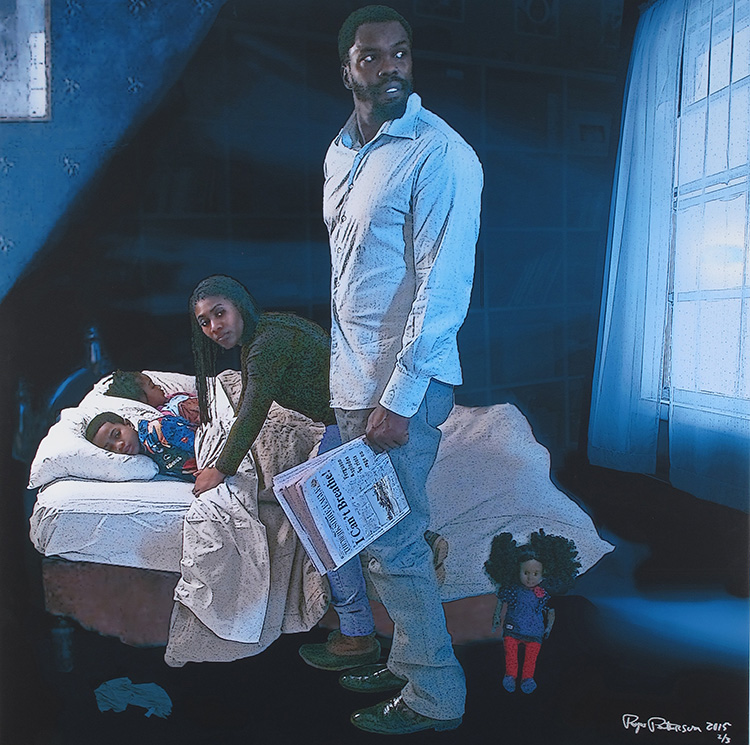 Maurice ‘Pops’ Peterson
Freedom from What?, 2015
Digital photograph on canvas

In 2015, Maurice ‘Pops’ Peterson debuted Reinventing Rockwell, a series of artworks reimagining iconic paintings by the famed American illustrator for today’s times. Celebrating diversity and exploring the evolution of gender roles and shifting notions of sexuality, the series includes this piece, which takes inspiration from Rockwell’s Freedom from Fear. Like Rockwell, Peterson enlisted neighbors and friends as models, and utilized the newspaper in the father’s hand to call attention to his theme. The headline refers to a July 2014 incident, when Eric Garner, an unarmed African American man, died while being held in a choke hold by police. Garner’s last words, “I can’t breathe,” were repeated several times and captured on video. An award-winning artist, designer, and writer, Peterson was named the first Artist in Residence of the Massachusetts Commission Against Discrimination.