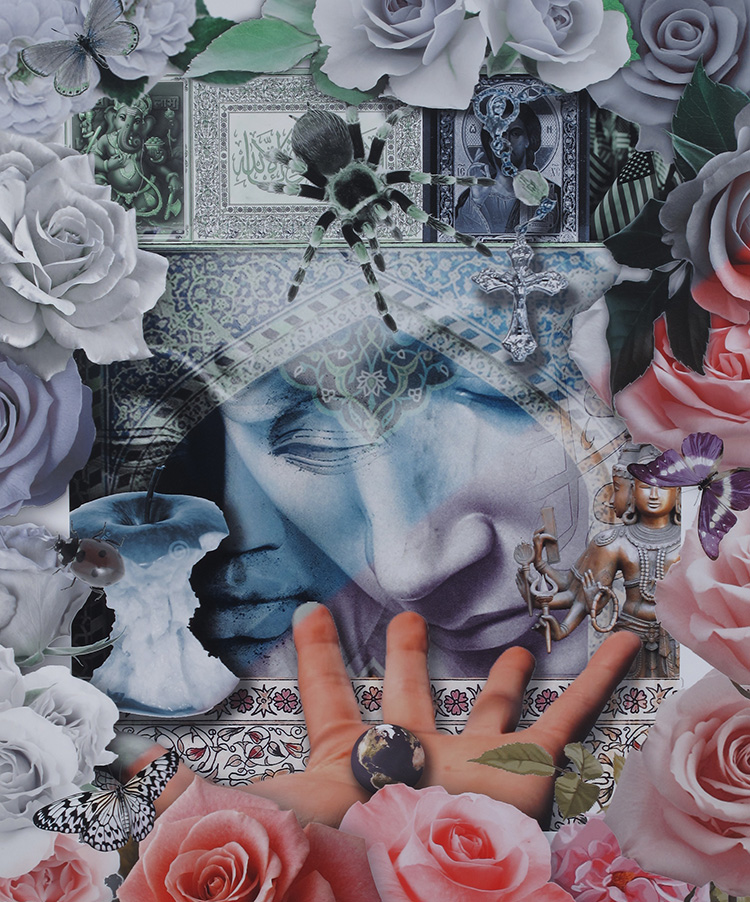 Freedom of Religion, Freedom to Believe

New Hampshire artist Daniela Edstrom observes that, “as Rockwell suggests, we must work together toward the highest ideals for the greater good of society and humanity.” In her art, the unifying qualities of faith and the mysteries of religious practice are referenced. Present are the sacred Muslim arch and the Madonna and Buddha in thoughtful meditation. Brahma, a Hindu deity, holds the icons of his faith, and Christendom’s apple of temptation is a symbol of “man’s wavering soul, tested by the forces of darkness.” A cemetery filled with American flags “speaks of the cost of freedom in an often contradictory world.”