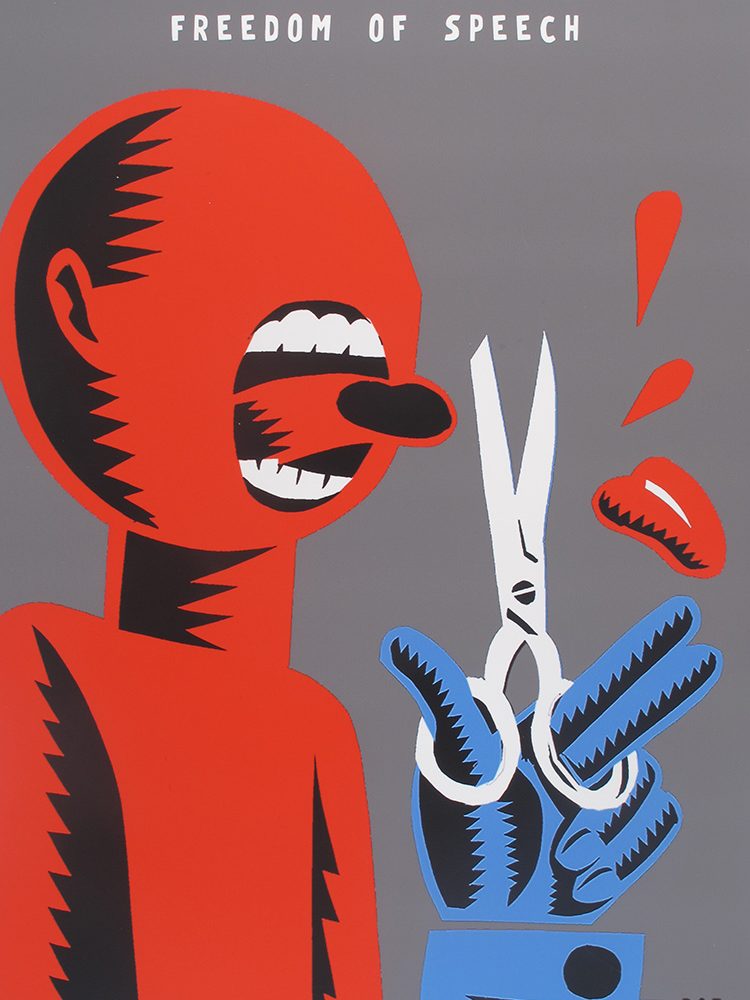 A native of Germany and resident of Northampton, Massachusetts, Peter Zierlin feels that “freedom of speech is under attack. We live in the post-fact era,” an era of fake news. In this work, he chose “a red, white and blue theme, as these issues are American issues, and the colors represent the polarity in society.” The artist has created elaborate papercuts for posters, murals, and illustrations for The New York Times, The Washington Post, and The Nation, among others.