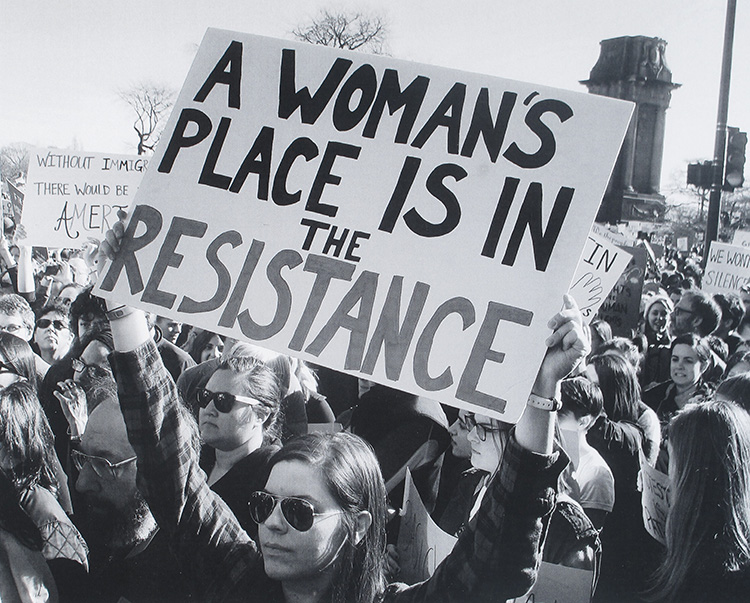 A resident of Chicago, Illinois, Kathryn Scott is a photographer who takes inspiration from her family’s heritage as part of the Great Migration of African Americans who moved from the South to Northern states during the early twentieth century. “I don’t just see people moving through life when I look through the lens of my camera, but a story on every face,” said the artist. As in this work, she is especially interested in what connects us, and seeks to capture “images that coax in the viewer a feeling of universal familiarity, and an awareness of the freedoms that we hold dear in our nation.”