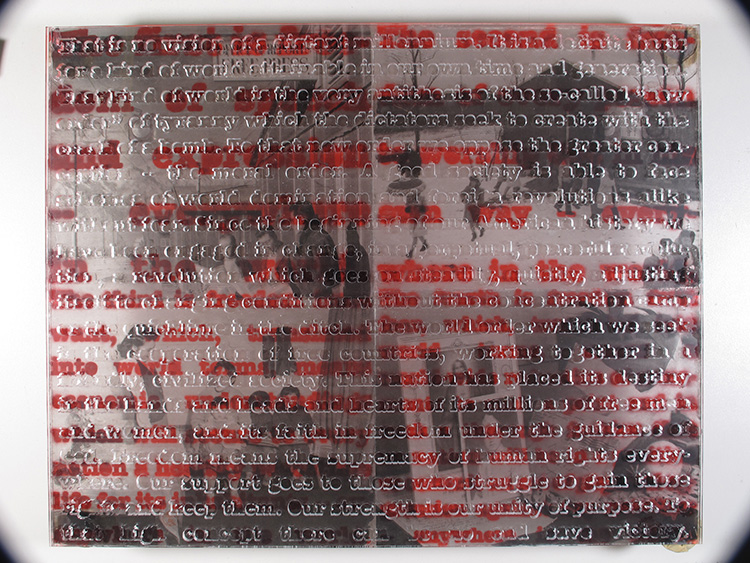 For Denver, Colorado artist, Sarah Fukami, the irony of President Franklin D. Roosevelt’s Four Freedoms was the contradiction of these ideals by Executive Order 9066, which led to the internment of thousands of Japanese-Americans following the bombing of Pearl Harbor. Here, the artist focuses on “the façade of freedom propagated by the president through the use of images taken from Manzanar, one of ten internment camps operated by the United States government during World War II. Jiyu (Freedom) seeks to reveal buried histories and warn against the repetition of these atrocities.”