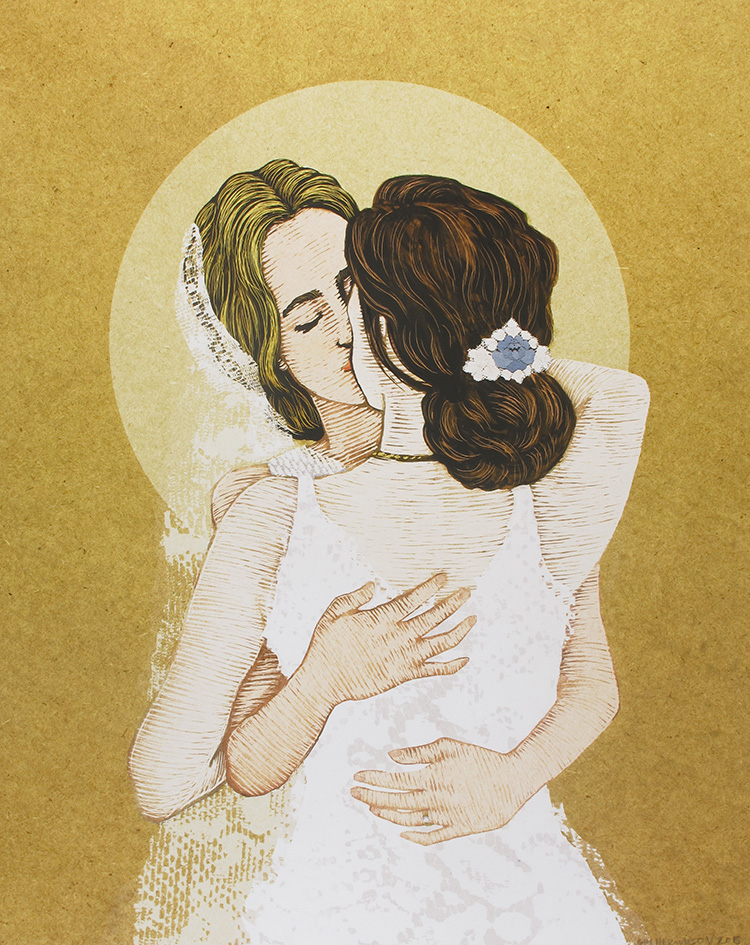 To Have and To Hold

“As a queer person, marriage equality has been the greatest, most personally legitimizing freedom granted in this country in my lifetime,” said illustrator Bri Hermanson of Northampton, Massachusetts. “To me, the evolution of marriage laws are an expansion of the ideals of freedom presented by Roosevelt and Rockwell.” Referencing the marriage tradition of “something old and something new,” the artist included the circular element that symbolized the early Saturday Evening Post, while same-sex marriage represents the dawn of a new age.