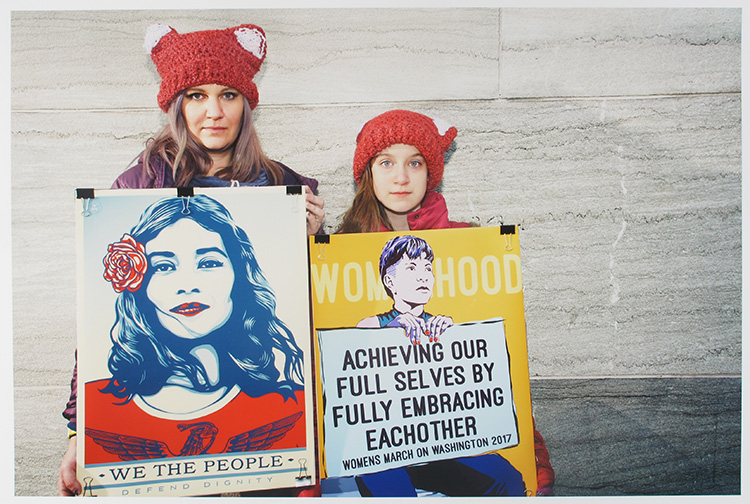 Andréanna Seymore uses photography as a means of inquiry into social class, subculture, and counterculture. Her vivid color work captures the organized chaos of everyday people, and illuminates them in ways that prompt the viewer to think about what is occurring beyond the frame of the photograph. A resident of New York City, she traveled to the Women’s March in Washington, D.C. where she captured this image of a mother and daughter in the midst of the crowd. Photographs from her recent monograph, Scars and Stripes: The Culture of Modern Roller Derby, have been acquired by the Smithsonian’s National Museum of American History.