This wartime painting series reminded Americans what they were fighting for… 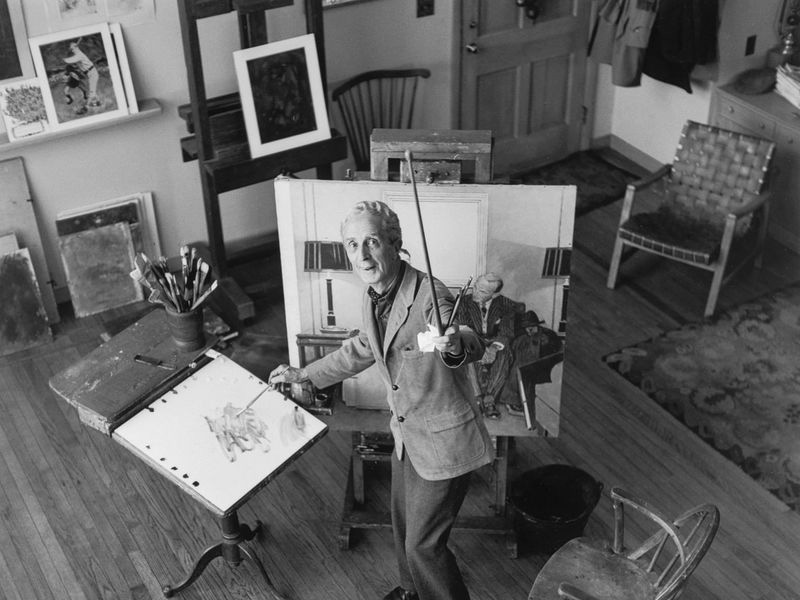 Norman Rockwell, the master of Americana, captured the essence of daily life in hundreds of 20th-century magazine covers, and 75 years ago this month, he accomplished a greater feat, translating the nation’s ideals into indelible images known as the Four Freedoms.

By illuminating rights that every American—and every person—should enjoy, Rockwell’s Four Freedoms validated the U.S. decision to enter World War II and overcome powerful enemies whose actions devalued human life. His enduring messages have lingered in the national consciousness, remaining as significant today as they were when the Saturday Evening Post published them in four consecutive weeks during the winter of 1943.

Image Caption: Norman Rockwell (above in a 1968 photograph by Garry Camp Burdick), who created more than 300 original covers for the Saturday Evening Post over the course of his long career, was already widely known for his rich visualizations of the American dream when he set about the challenging task of animating FDR’s Four Freedoms. (NPG, © 1968 Garry Camp Burdick)