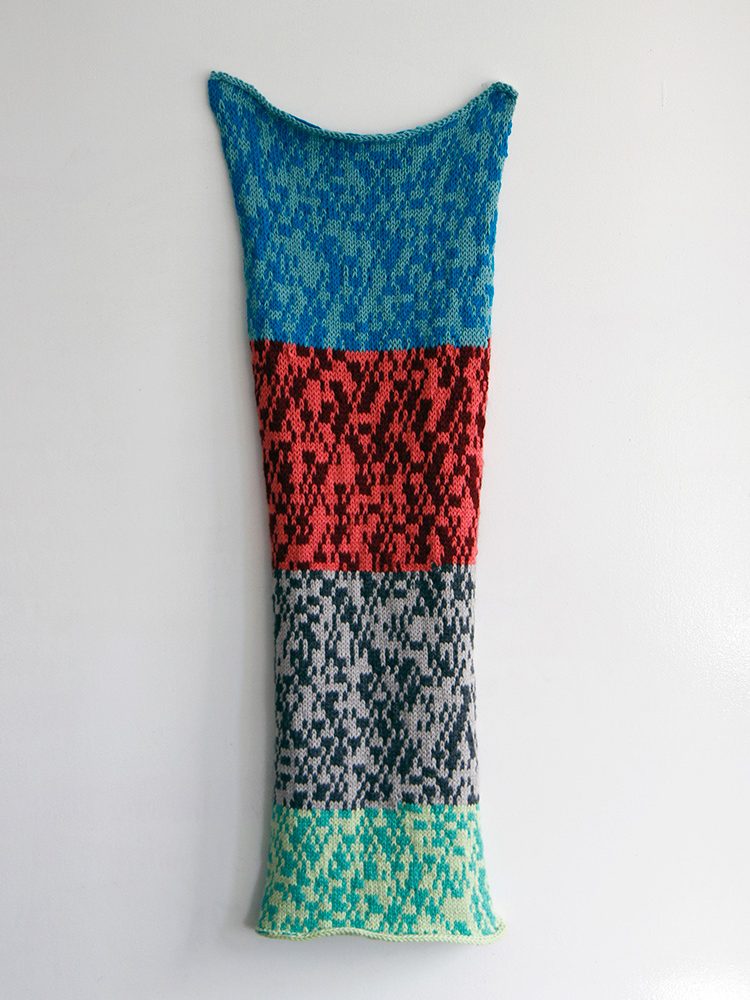 In this work, Amy Wike of Washington, D.C., presents a unique transcription of one crucial sentence from the UN’s Declaration of Human Rights. “The advent of a world in which human beings shall enjoy freedom of speech and belief and freedom from fear and want has been proclaimed as the highest aspiration of the common people,” has been knitted in Morse code, in English (blue), Somali (red), French (representing the Democratic Republic of the Congo; gray), and Arabic (representing Syria; green). “The last three languages represent the top three nations from which refugees arrived in the United States in 2017,” the artist notes. “My work plays with the ideas of translation, interpretation, and the complexities of language. The resulting amorphous shapes act as visual representations of the intricacies of communication.”