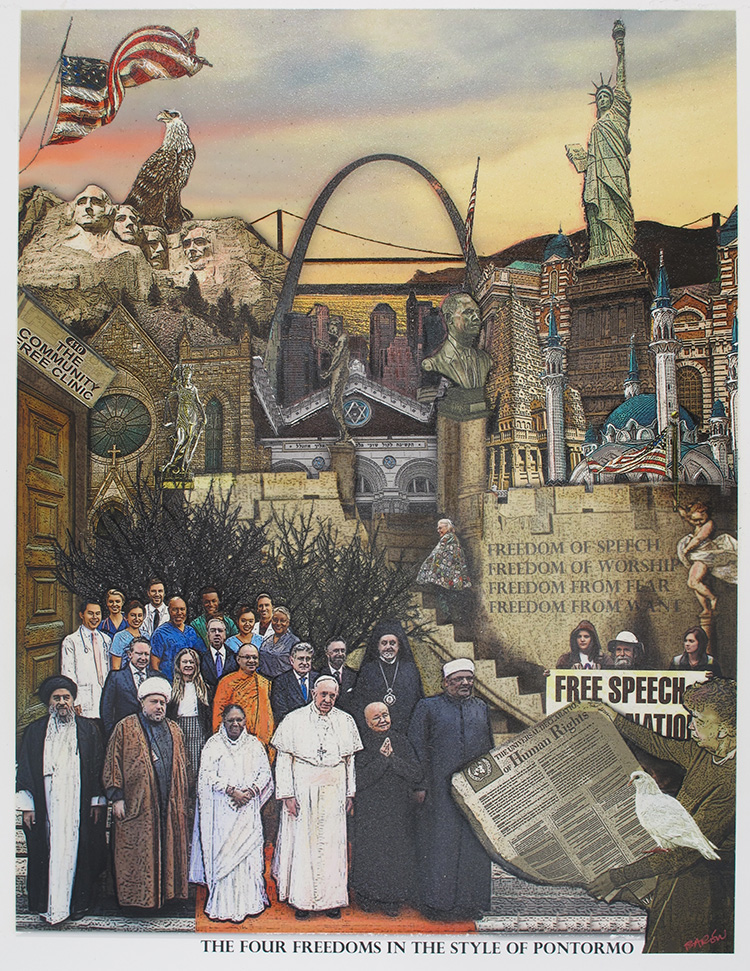 The Four Freedoms in the Style of Pontormo

Brandin Barón
The Four Freedoms in the Style of Pontormo, 2017
Digital print on paper

A response to Norman Rockwell’s Golden Rule, a 1961 cover for The Saturday Evening Post, Brandin Barón was inspired by the painting’s focus on ethnic diversity. His response “fuses Rockwell’s color palette to spatial the complexities in [Italian Mannerist painter] Jocopo Pontormo’s Joseph of Egypt (1517-1518). My goal was to create a dialogue between realistic human figures and memorialized forms of historicized American leaders and edifices…as a means of illustrating the trans-historical legacy of the Four Freedoms.” The Golden Gate Bridge, a feature of the artist’s home city of San Francisco, is a prominent element in the work.