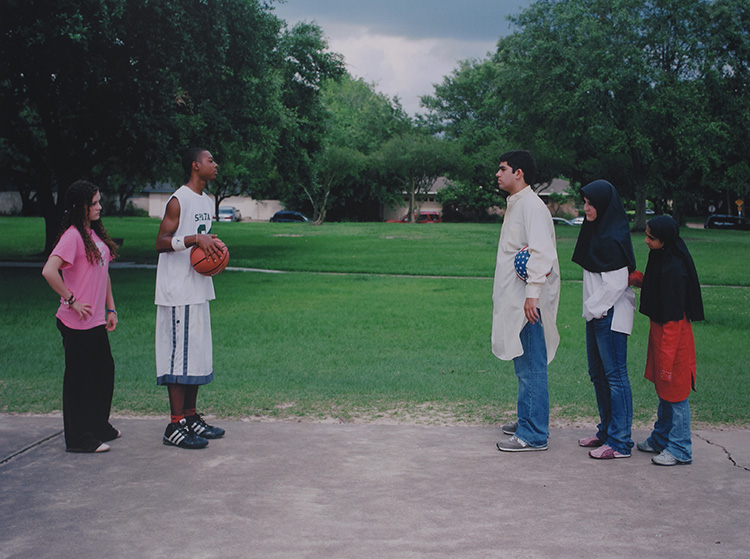 Iranian American photographer Soody Sharifi of Houston, Texas has a foot planted firmly in in both cultures, and often explores the notion of identity in his art. His piece was inspired by Norman Rockwell’s 1967 painting for Look, New Kids in the Neighborhood. “The Game asks what it means to be both American and Moslem today,” said the artist. “Is there a conflict between the two identities, particularly during the formative period of adolescence? Are the values of Islam and democracy inherently in conflict with one another, or is this an unquestioned assumption? How have Muslims viewed themselves within American culture, and how has that changed post 9/11?”