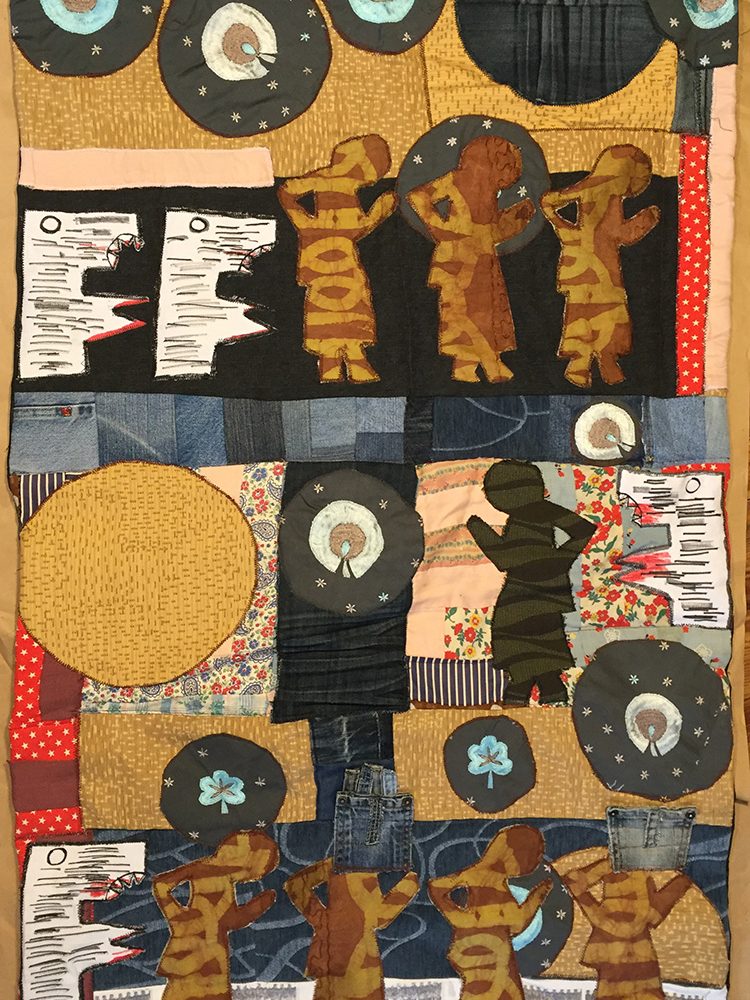 Through Many Dangers, Toils, and Snares

Esther Iverem
Through Many Dangers, Toils, and Snares, 2017
Mixed media

This work by Esther Iverem of Washington, D.C., “interrogates the Four Freedoms through the experience of Africans who survived the Middle Passage, enslavement in the United States, Reconstruction, the totalitarianism of Jim Crow and—one hundred years after the Emancipation Proclamation—a new century of challenges and hope.” A fiber artist, Iverem has constructed her piece from denim jeans and other reclaimed materials that individually carry their own narratives.