As the Allied victory in World War II gradually became more certain, the Soviet Union’s Joseph Stalin was moved to salute “American production, without which this war would have been lost.” US factories produced over 300,000 planes, 88,000 tanks, and 1,400 war ships over the course of the war—a miraculous feat that gave the Allies a decisive advantage. Wartime posters targeting munitions workers, as these examples indicate, typically tried to motivate the laborers who crafted that miracle by personalizing the war and by making it clear that the role of the factory worker was just as important as the role of the soldier. 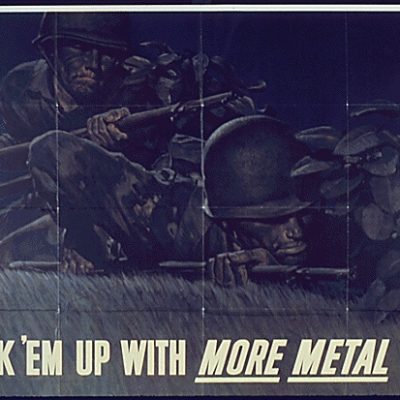 Back ‘Em Up With More Metal 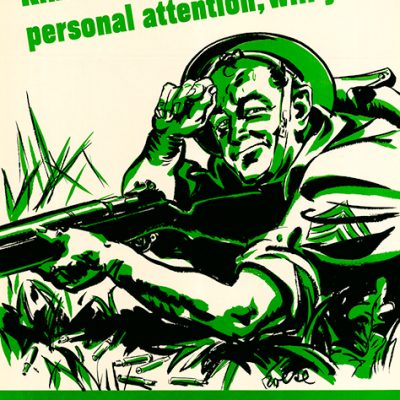 Kinda Give it Your Personal Attention, Will You?

Title: Kinda Give it Your Personal Attention, Will You?
Year: 1942
Artist: Herbert Roese
Published: War Production Board 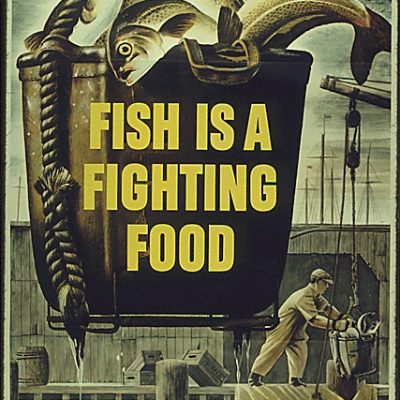 Fish is a Fighting Food 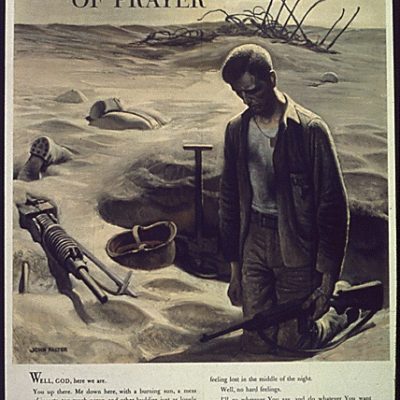 A Strange Sort of Prayer 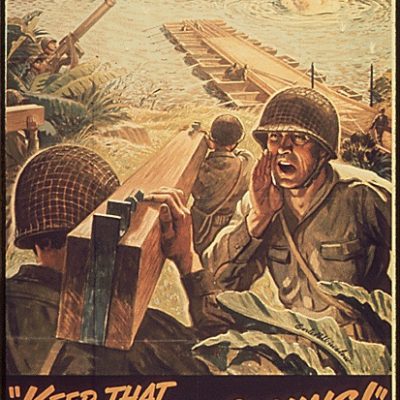 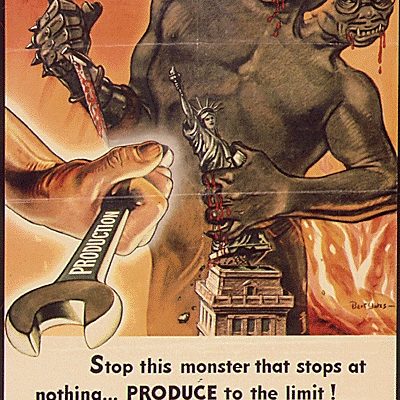 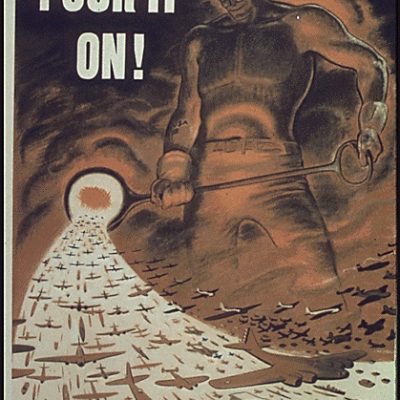 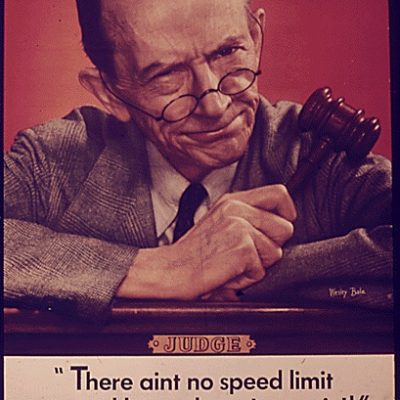 This is YOUR War! 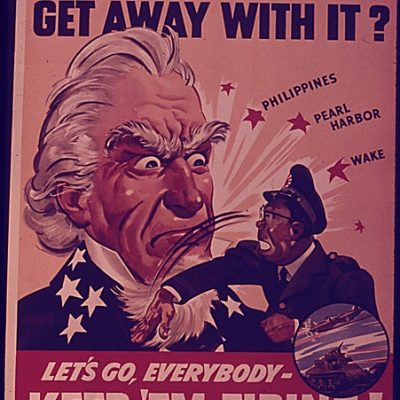 Shall We Let Him Get Away With It?

Title: Shall We Let Him Get Away With It?
Year: 1943
Artist: unknown
Published: Oldsmobile